Keynotes Who Led Their Companies from Tiny Startups to Billion Dollars+

We are fortunate to have two dynamic, innovative leaders as our Opening and Mi 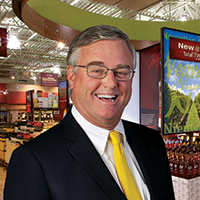 Opening will be David Trone, WG'85, Co-Founder & Owner, Total Wine & More. In the past two decades plus, David Trone has played a key role in building his business to a fast-growing category leader that had $2.5 Billion in sales last year.

Reggie Aggarwal, the Midday Keynote, is the Founder and CEO of Cvent, the market leader in event management software.

To learn more about other Summit sessions, CLICK HERE.