How ‘Moneyball’ is Shaping the Sports Industry, with Jason Rosenfeld, with Experience in Pro Sports & Academia 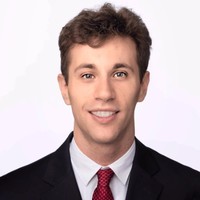 MLB, NBA, and NFL teams are utilizing massive amounts of data to assess the effectiveness of players on aspects of the game that were previously unquantifiable. What’s transpired is an arms race among pro teams to hire the best analysts.

About Jason Rosenfeld, Chief Strategy Officer of Big League Advance, an investment fund that uses statistical analysis to identify minor league baseball players in whom to invest.
Jason Rosenfeld is a professional sports technology and analytics pioneer, with extensive management experience on each the team and league sides, in academia and in its investment business.

There are several nearby parking garages including:

Brenda Robinson
Keith Jackson
GentsofMetro
... a total of 2 guests.
Note: to opt out from this list please sign in, go to My Account and change your preferences under My RSVPs.