Join the Embassy Series for a Concert & Reception at the Embassy of Bulgaria, with Zlatamir Fung, Cellist; Pianist to be announced 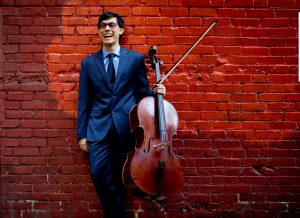