Harvard's Role in the Saga of the Olivetti Co., Creator of the World's First Desktop Computer 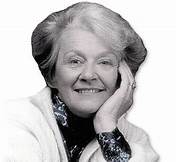 Meryle Secrest is the author of a new book, "The Mysterious Affair at Olivetti," subtitle "IBM, the CIA and the Cold War Conspiracy to Shut Down Production of the World's First Desktop Computer." She set out to discover why Olivetti, the famous Italian typewriter company, and by all accounts the world's first commercially successful desktop computer, was shut down at the height of its fame. A major Harvard Business School study provided important clues to the motives behind some bizarre events and two tragic deaths. 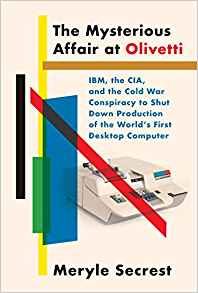 This venue is fully handicap accessible and our meals are designed to accommodate vegetarians.

Transportation: The nearest metro station is Metro Center. Exit at 12th and F Street, NW. Your destination is the building named "Columbia Square" which will you see right in front of you as you exit the escalator.

Parking: There are several nearby parking garages including: