NPC Virtual Newsmaker: Paul Dickson and "The Rise of the G.I. Army"

As people around the world commemorate the 75th anniversary of the end of World War II, author Paul Dickson will share his new book, “The Rise of the G.I. Army, 1940-1942: The Forgotten Story of How America Forged a Powerful Army Before Pearl Harbor,” at a National Press Club Virtual Book Rap on August 14. 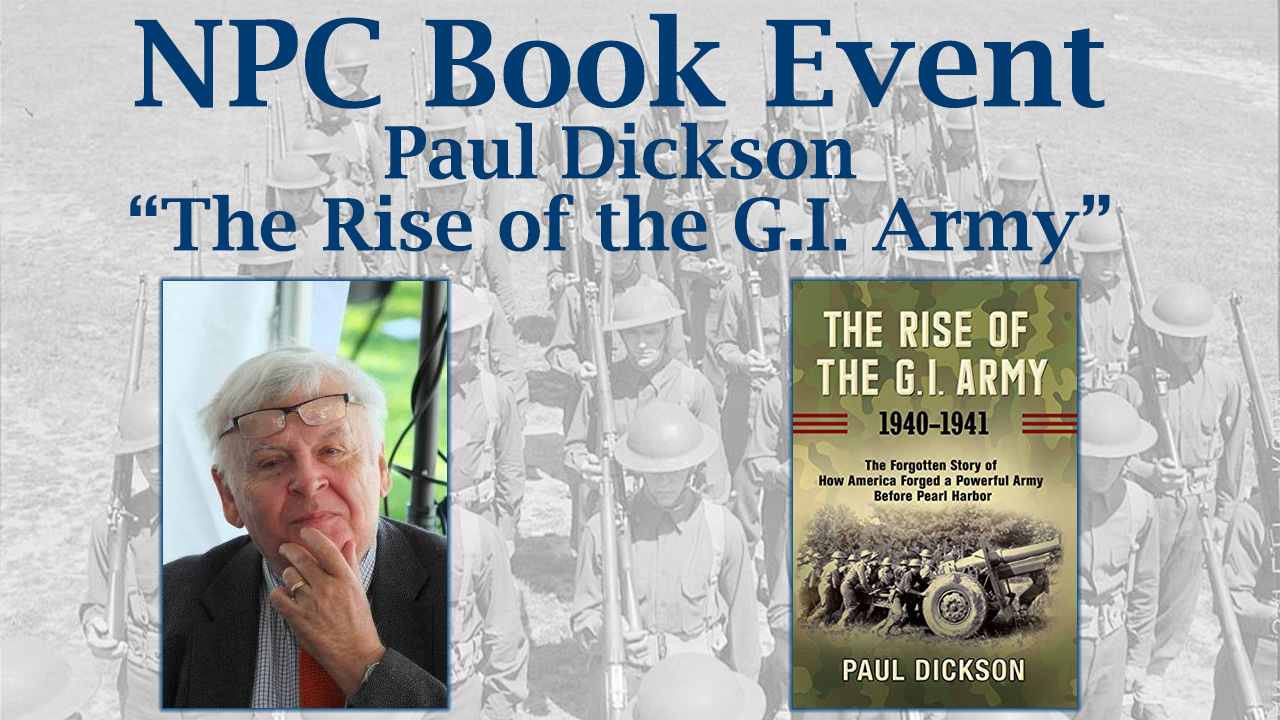 REGISTER for THIS EVENT (Free for Members, President's Club Members (Yourself and 2 guests all comped).

(Or Register FREE, if you're a Member)