In 1994, the Embassy Series made its debut. Since then, the Series has worked with over 200 ambassadors, hosted over 600 concerts in 73 different embassies involving more than 800 international artists from 80 countries and over 300 artists from the D.C. area. 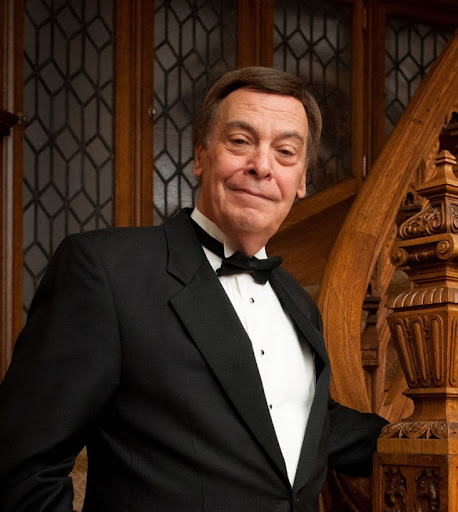 tending public access to embassies in the Nation’s Capital, the Series offers its audience the opportunity to participate in a cultural exchange – to watch and listen to a musical performance that highlights the contributions of a particular country. Such a backdrop allows the audience to “get a feel” for the nation being represented, which is key to promoting and celebrating the diversity of both a host embassy and Series patrons.

This educational and musical experience is accentuated by a reception at the host embassy, or residence, immediately following the concert, where guests are encouraged to interact with the featured artist(s) of the evening and members of the diplomatic community. A piano series was established to promote young artists of high quality. But talented artists playing other instruments also play for the appreciative audience.

Jerome Barry is the Founder, Executive Director, and Artistic Director of the Embassy Series. Together with his wife, Lisette, he provides a VIP experience to music lovers of all ages, totaling tens of thousands of attendees over the years. They have given a world view and the inspirational power of music to those fortunate to be able to attend, with much better seating than at a traditional concert hall and meet the artists.

Jerome received his M.A. in German Languages from Tufts and B.A. in Modern Languages (of which he speaks many fluently) from Northeastern University. He has received many honors. One was an honorary Ph.D in Cantorial Music from the Jewish Theological Seminary of America (albeit unrelated to stories he tells, aka "Cantor Barry's Tales," ;-). The other is the only Benjamin Franklin Musical Diplomacy Award from the Wharton Club of DC. Among Franklin’s many inventions was the Glass Armonica. Jerome has reinvented the music lovers’ experience. 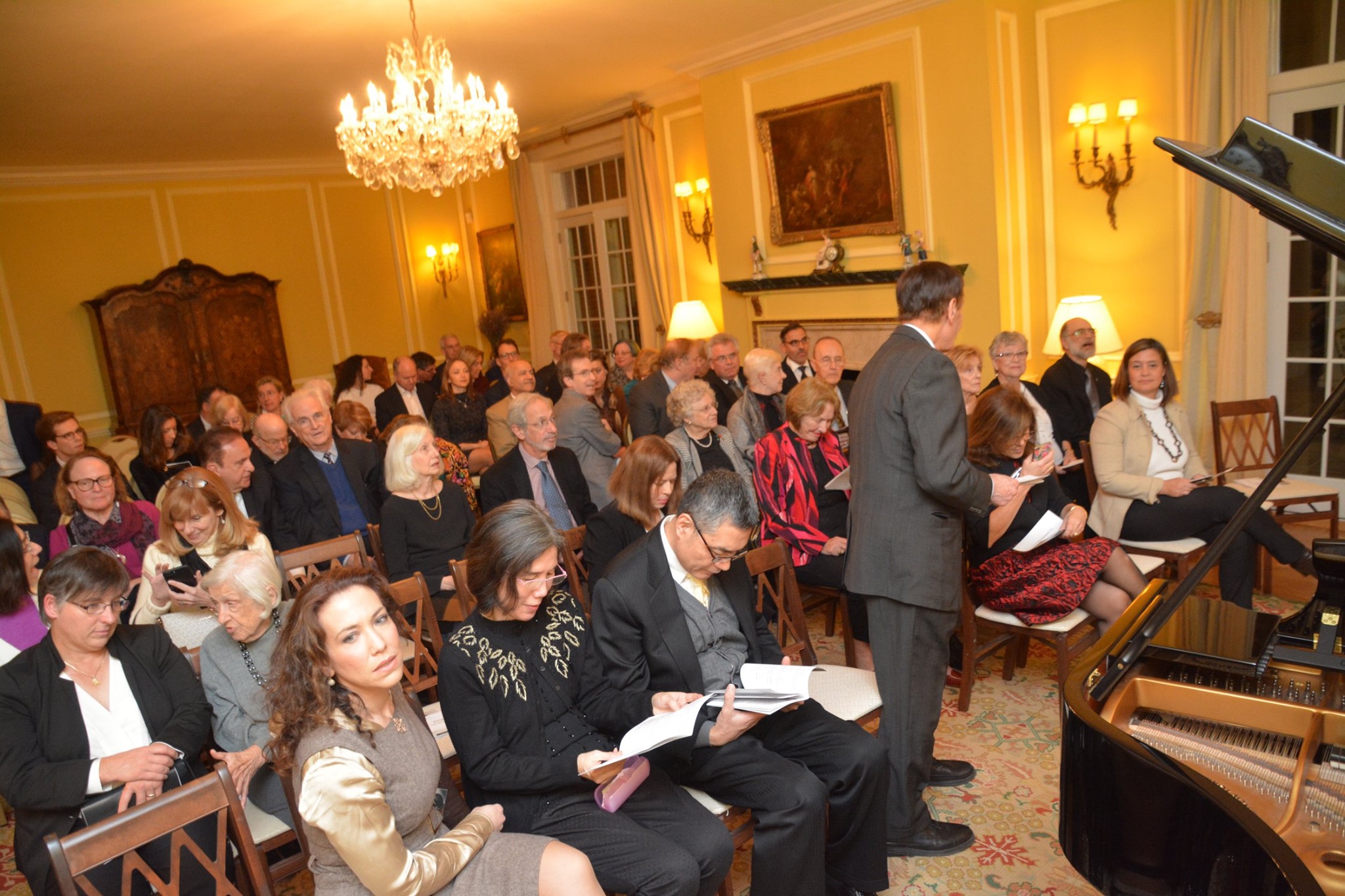 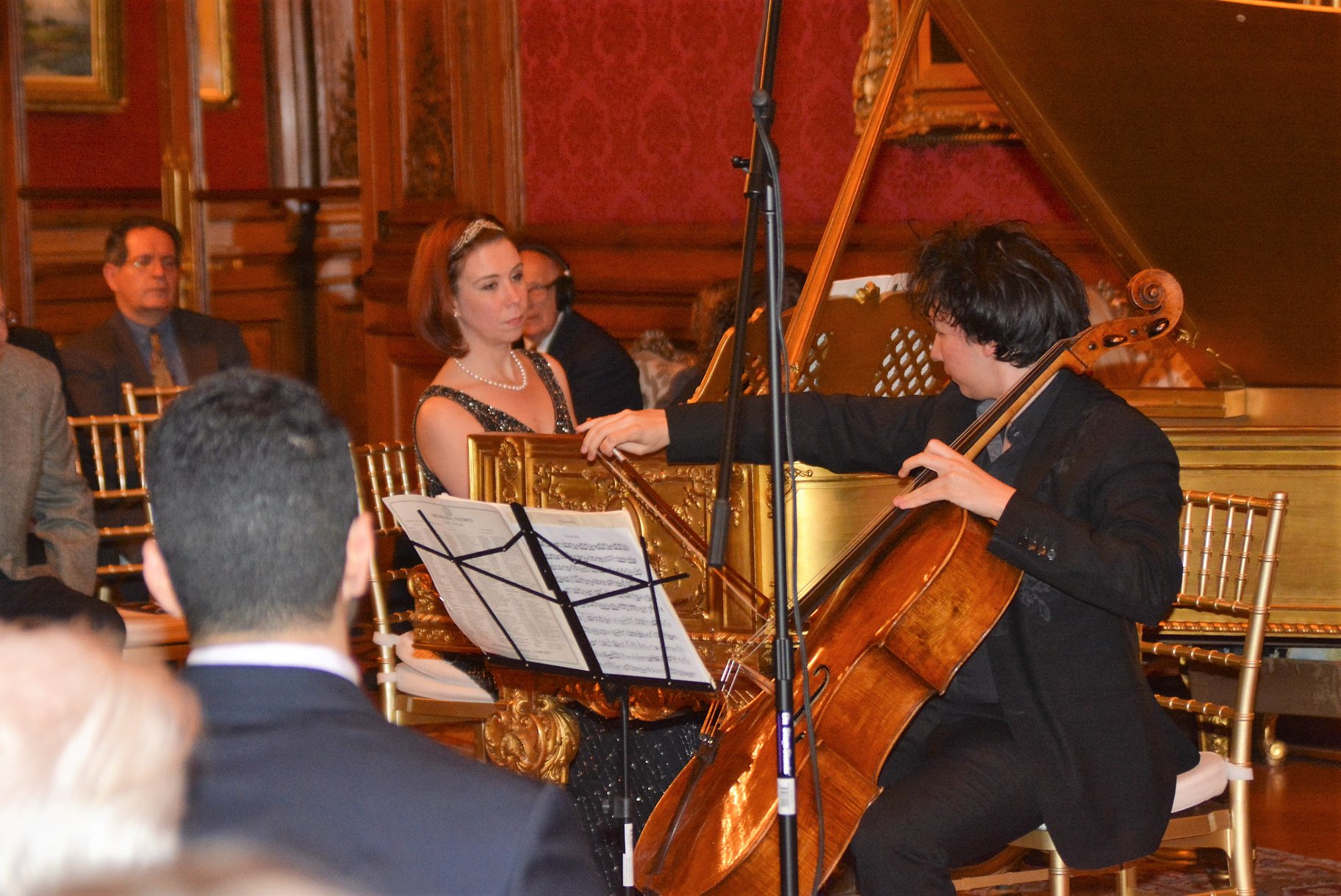 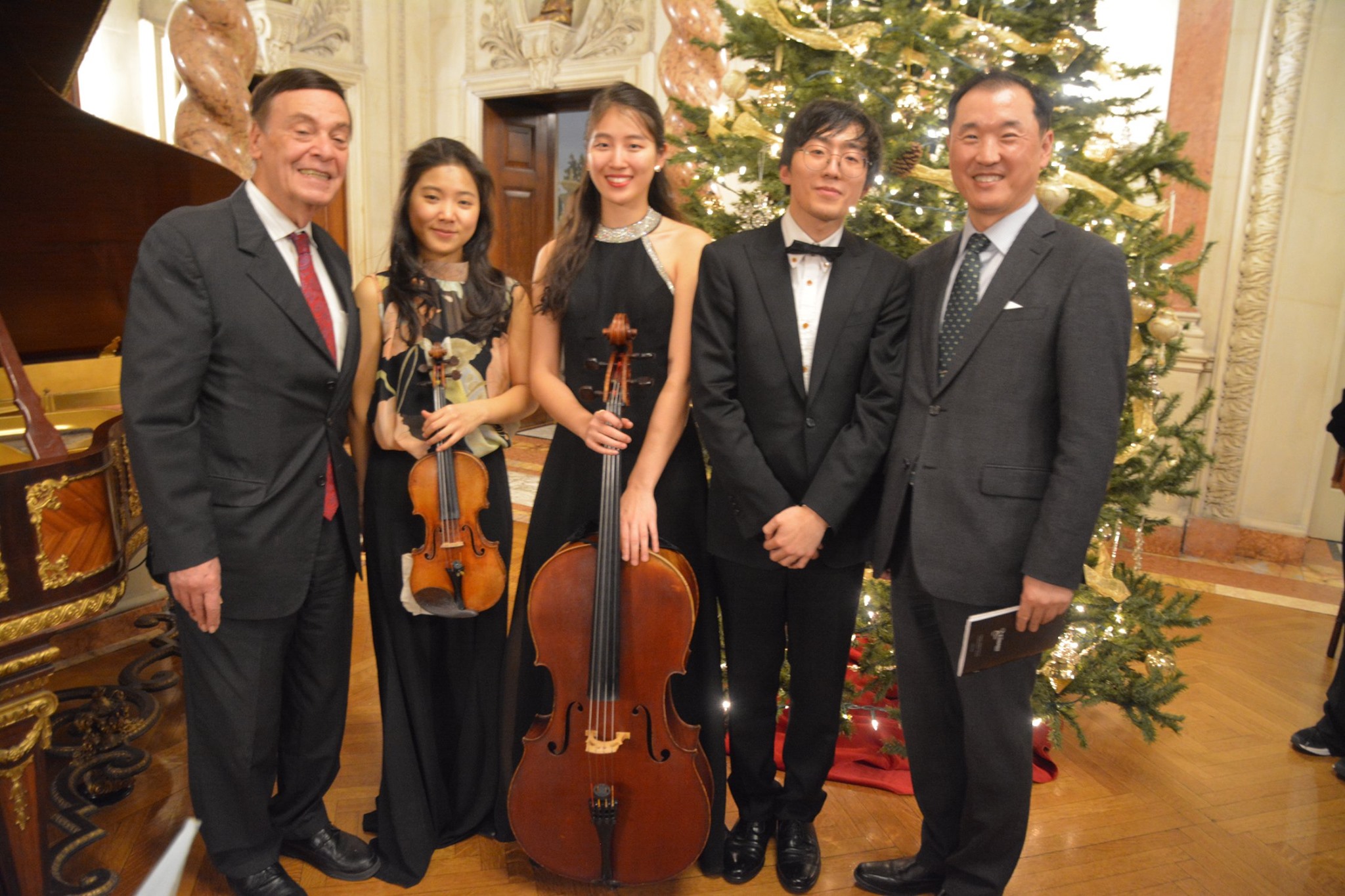 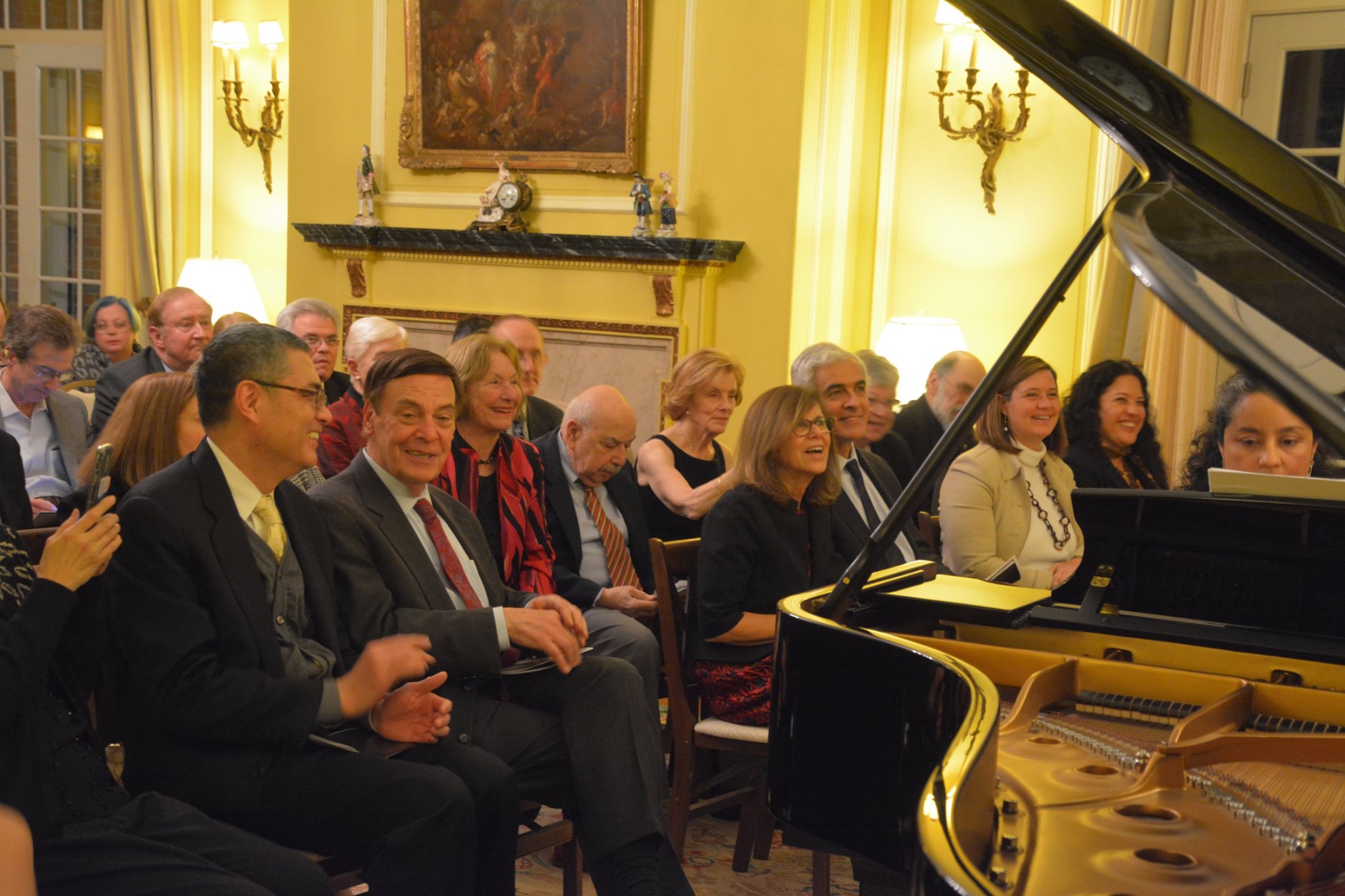 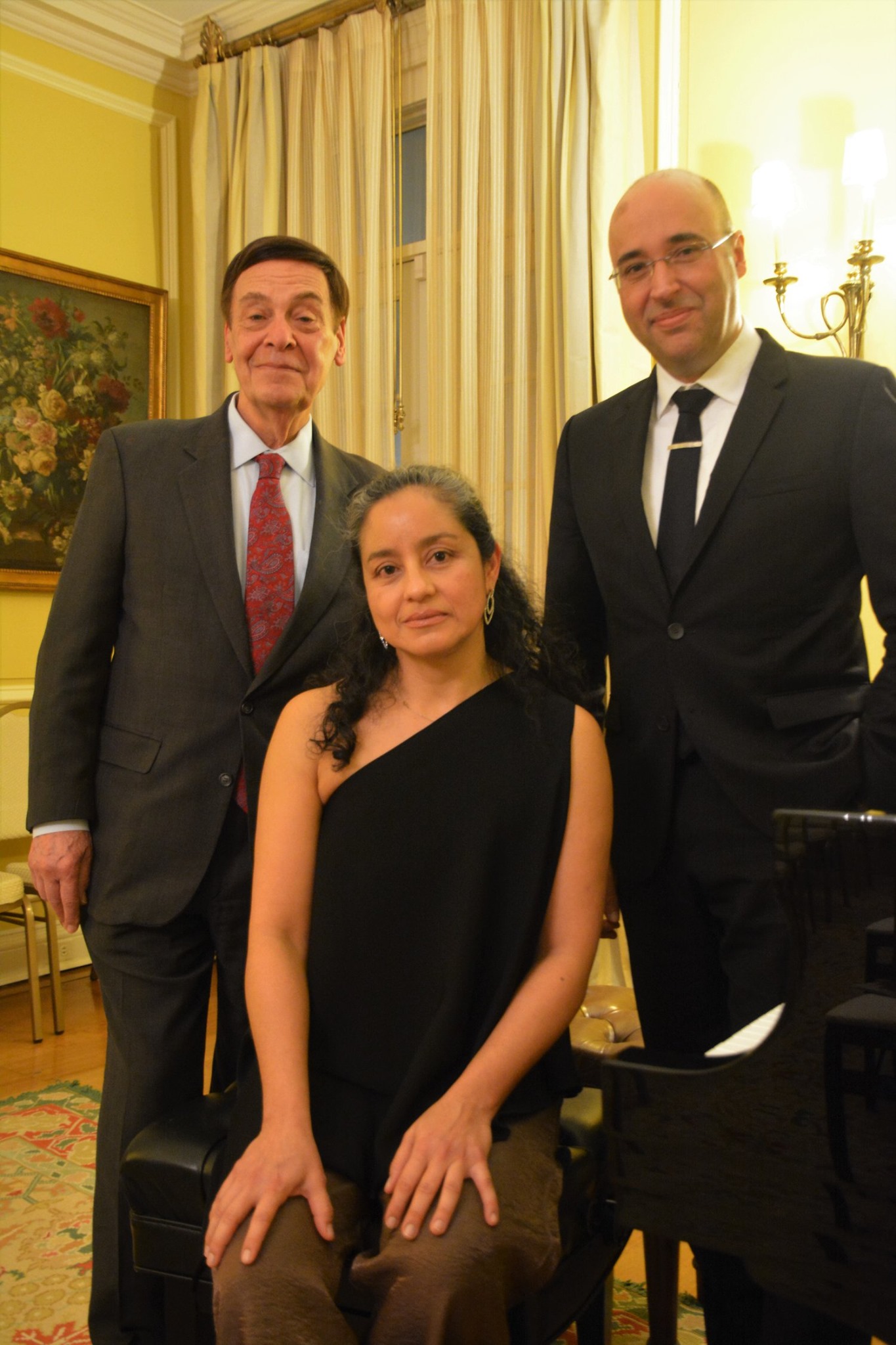