The State of Restaurants: A Conversation with Three Industry Leaders 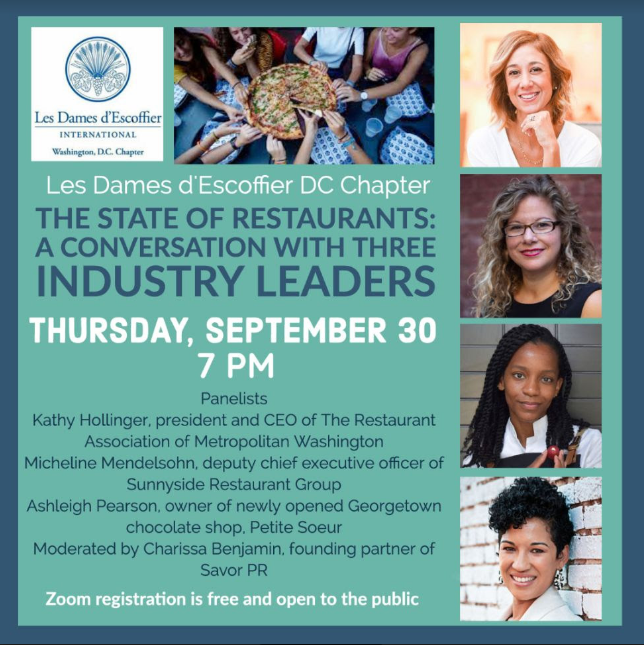 We’ve made it through the hard part. There’s definitely light at the end of the tunnel. We’ve pivoted, we’ve adapted, we’ve changed and we’ve learned. The state of restaurants today doesn’t look the same as it did a year ago, and certainly not two years ago. We are a resilient industry and the road ahead, while it still holds challenges, looks promising.

Join Les Dames Escoffier DC on Thursday, September 30 as three industry leaders talk about what the future can hold, what lessons were learned and the situation as they see it.