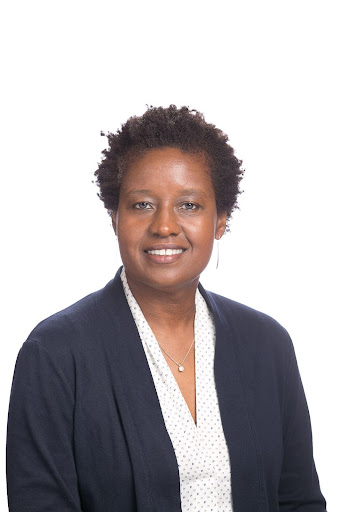 Marla Blow is the President and COO of the Skoll Foundation where she leads Skoll’s program work, grants, investments, and financial management, including operations, endowment, and portfolio partnerships.  Previously, she was North America lead at the Mastercard Center for Inclusive Growth, and before Mastercard, she was Founder and CEO of FS Card Inc., a subprime credit card venture (sold to Continental Finance).

Ms. Blow won the EY Mid Atlantic Emerging Company Entrepreneur of the Year Award for 2018, and has been listed as one of Fast Company’s Most Creative People in Business. Marla was featured in the April 2018 Vanity Fair Magazine “26 Women of Color Diversifying Entrepreneurship” photo shoot, and she is a Henry Crown Fellow as part of the Aspen Global Leadership Network.

Marla sits on the Board of Directors of Square Financial Services, an independent subsidiary of Square, Inc., and she recently joined the Board of Directors of Etsy. She is a member of the New York Federal Reserve’s Fintech Advisory Group, and is an Operating Advisor at ABS Capital Partners.  She also sits on numerous nonprofit boards including FinRegLab, LIFT-DC, Black Women Talk Tech, Financial Solutions Lab at the Financial Health Network, and Telescope at Arabella Advisors.

Previously, she was part of the Implementation Team to stand up the Consumer Financial Protection Bureau, and ultimately served as the Assistant Director for Card and Payment Markets, where she shaped the CFPB’s regulatory priorities in these markets.

Prior to joining the CFPB, Marla spent seven years in a variety of functions at Capital One in the credit card business.  Ms. Blow is a member of the US Capital Chapter of YPO, and previously served on the Board of Directors of Care.com (NYSE: CRCM, sold to IAC), and on the Board of Directors of Factor Trust (sold to TransUnion). Marla holds an MBA from Stanford University and an undergraduate degree from the Wharton School at the University of Pennsylvania. 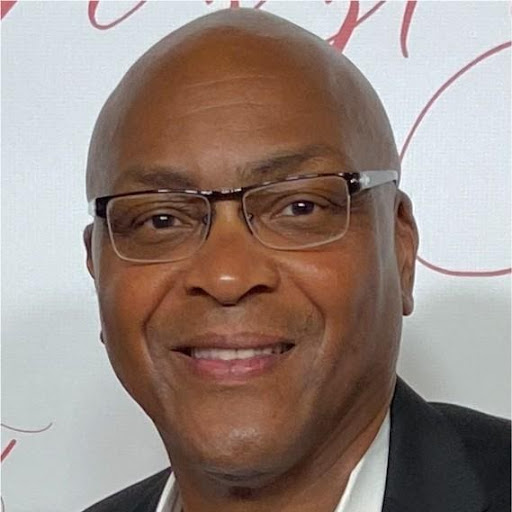 • Strategic thinker with proven ability to execute by quickly translating concepts into action.

• Demonstrated ability to create and lead cross-functional teams and operate effectively in a matrix structure.

• Visionary leader and problem solver with a passion for taking on and successfully executing major initiatives.

• Significant operations experience along with strong accounting and financial skills and discipline.

His main focus at KPMG is on assisting clients with implementing or improving risk management policies, programs and processes, with emphasis on governance, risk assessment, reporting, culture and training. He is a member of KPMG’s global ERM/GRC leadership team, contributing to the development of the firm’s ERM tools and methodologies, including risk culture and related service offerings. His clients include both commercial and government sector organizations. He has published articles on ERM and Risk Culture and is a frequent speaker on these topics. He is also a Senior Executive Fellow of the KPMG Government Institute. 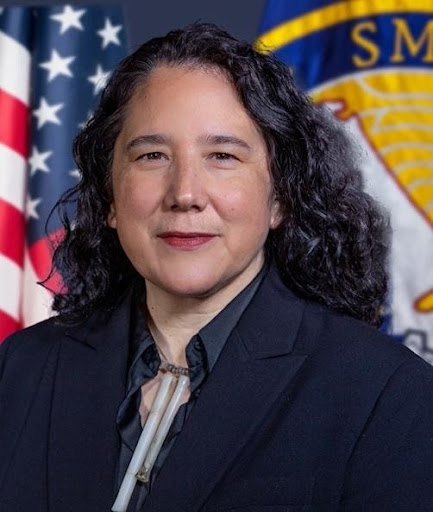 Isabella Casillas Guzman was sworn in as the 27th Administrator of the U.S. Small Business Administration on March 17, 2021. She serves as the voice for America’s 30 million small businesses and innovative startups in President Biden’s Cabinet.

Administrator Guzman grew up in a small business family and has been an entrepreneur herself. She has spent her entire career advising entrepreneurs, launching ventures, helping small businesses navigate government, and creating policies and programs to help advance entrepreneurship and innovation.

Most recently, she served as the Director of the California Office of the Small Business Advocate where she helped small businesses and innovative startups in the world’s fifth largest economy start, expand and grow. She advocated fiercely for financial relief for small businesses and focused on expanding assistance to entrepreneurs in underserved communities. In addition, she served as the economic recovery support function coordinator for the state, where she spearheaded the small business recovery effort during the COVID-19 pandemic.

In California, Administrator Guzman oversaw a network of small business centers focused on expanding assistance to underserved business groups. She launched new public private partnerships and collaborated to deliver cutting edge resources to small businesses, including through initiatives like Get Digital CA to increase technology and e-commerce adoption and Source Diverse Source Local to strengthen supply chain readiness.  She advocated fiercely for financial relief for small businesses, leading to the expansion of state supported lending and the largest COVID-19 grant relief program in the nation at over $2.5 billion. Guzman's office launched the Entrepreneurship Task Force to serve as a bridge to small businesses and create content and programs to help strengthen the competitiveness of startup and small firms.

Administrator Guzman has previously served in leadership at the SBA as the agency’s Deputy Chief of Staff and Senior Advisor during the Obama-Biden Administration, where she oversaw policy and new program implementation. She was a small business entrepreneur herself, and an advisor to fellow founders including in accelerating technology commercialization and in helping small business contractors leverage the federal marketplace.  Administrator Guzman earned a Bachelor of Science from the University of Pennsylvania Wharton School of Business. 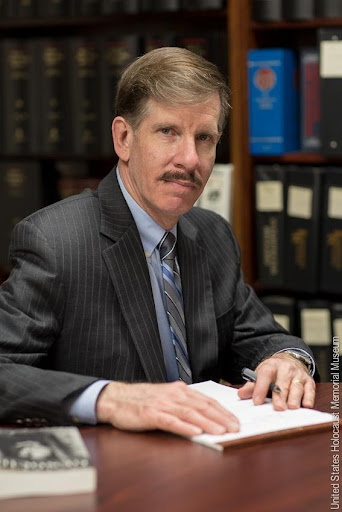 Eli Rosenbaum is the longest-serving prosecutor and investigator of Nazi criminals and other perpetrators of human rights violations in world history, having worked on these cases at the U.S. Department of Justice for more than 35 years.

He holds undergraduate and MBA degrees in finance from the Wharton School of the University of Pennsylvania, where he also taught finance in the Community Wharton Education Program (CWEP), and a law degree from the Harvard Law School.

Currently serving as an official in the Justice Department Criminal Division’s Human Rights and Special Prosecutions Section, he works on matters involving individual and corporate responsibility for human rights violations.  He is best known for having been in charge of the Justice Department’s efforts in the Nazi cases since 1994. Under Eli’s leadership, the U.S. Justice Department program has won more World War II Nazi cases over the past 30 years than have the law enforcement authorities of all the other countries of the world combined, including a recent victory that culminated in the deportation to Germany of a former Nazi concentration camp guard earlier this year. It is the only program of its kind to have won awards from Holocaust survivor groups and Jewish organizations, and this year it won the U.S. Holocaust Memorial Museum’s highest honor, the Elie Wiesel Award, which Rosenbaum accepted on behalf of his agency.

Eli has also served as a corporate litigator at the law firm of Simpson Thacher & Bartlett in Manhattan and as General Counsel of the World Jewish Congress (WJC). At the WJC, headed at that time by Seagram Company Ltd. Chairman Edgar M. Bronfman, he directed the WJC investigation that resulted in the worldwide exposure of the hidden Nazi past of former United Nations Secretary General Kurt Waldheim. That exposure was the subject of Eli’s 1993 book, Betrayal: The Untold Story of the Kurt Waldheim Investigation and Cover-Up, which was selected by The San Francisco Chronicle for “Best Books of 1993” and by The New York Times for “Notable Books of 1993.”

Eli’s achievements have led to numerous awards, including:

An NBC Nightly News profile of Eli Rosenbaum is viewable at https://www.youtube.com/watch?v=qraAA8qUf5o. 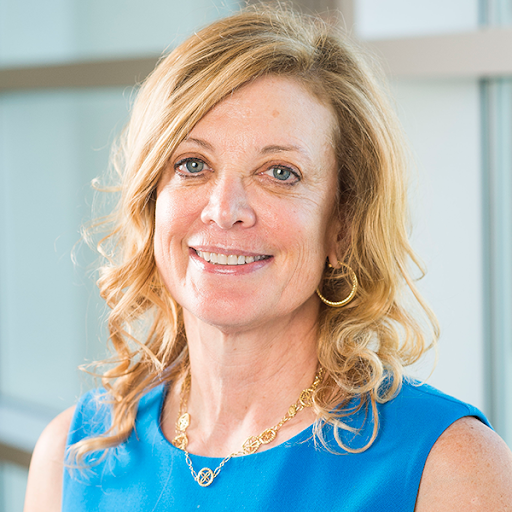 Kathryn Kithas Stewart is Founder and Managing Partner of Cranbrook Capital. The firm manages a Crossover Fund that invests in early stage Private and Public Equity with a focus on Technology.  She was recently honored as one of DCA Live’s Power Women of DC Tech.  Notable investments and exits include HomeSnap (CoStar), Canvas (K1 Capital), Fanduel (Flutter), AppHarvest (APPH), CircleUp, Huntress, and Passive Capital Management.

Kathryn is on the Board of Passive Capital Management, a Baltimore based Investment Firm. She is active with Wharton’s Entrepreneurship Program at the University of Pennsylvania and has served as a Finals Judge for Wharton’s Start Up Challenge.  Kathryn also serves on the Robert H. Smith School of Business Advisory Board at the University of Maryland and is on the Dingman Board of Advisors at the Robert H. Smith School of Business at the University of Maryland. She is a committee member of the Johns Hopkins University Applied Physics Laboratory-Tech Commercialization Panel.  She currently serves on the Board of the Washington Episcopal School and is a past Board Member at the Stone Ridge School of the Sacred Heart, where she currently sits on the Finance and Investment Committee.

Previously, Kathryn was a Managing Director at Alex. Brown and post-acquisition Deutsche Bank, in Institutional Equity Sales.  She was the Co-Head of the Baltimore based region and managed sales teams for product distribution in New York, the Mid-Atlantic and the Midwest.  Transactions included initial public offerings, follow-on offerings, convertibles, and private placements. She implemented the Firm’s growth strategy through participation in its Equity Review Committee and was chairman of the Deal Marketing Committee, preparing management teams for initial public offerings.

Kathryn holds an MBA in finance from the Wharton School at the University of Pennsylvania and a Bachelor of Science in Electrical Engineering from Michigan State University. She and her husband Rob, also a Wharton Grad, reside in Bethesda and have three children. 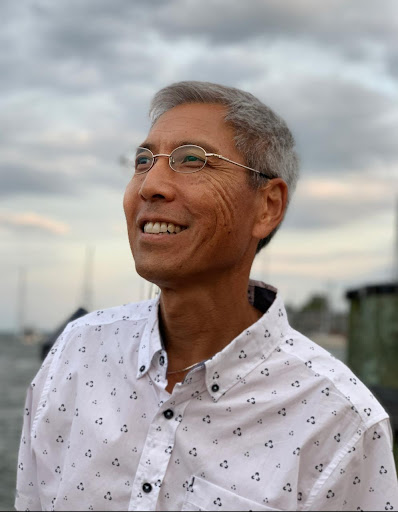 Wade Tetsuka (W'85) is a C.P.A., Founder and President of U.S. Transactions Corporation since 2009.  In 2020 he founded Presidential Forum and UST Education, the leading provider to Association executives across the U.S. for CAE-accredited educational content offered in live-virtual format 52 weeks per year ("a conference every week") in a unique peer-to-peer learning environment.

He was previously with Ernst & Young in San Francisco and later PriceWaterhouseCoopers in Stuttgart, Germany where he was senior engagement manager responsible for the assurance work for Fortune 500 companies. He also served as President/General Manager to three early-stage fast-growth companies in the life sciences industry.

Wade’s current affiliations include the following: