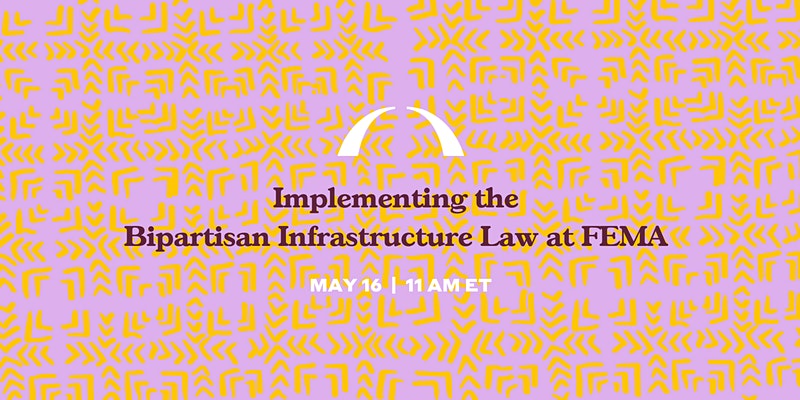 In the second event of our “Overcoming Challenges and Seizing Opportunities: Implementing the Bipartisan Infrastructure Law” series, the Bipartisan Policy Center, National Association of Counties, and National League of Cities will host FEMA Deputy Administrator Erik Hooks to discuss the agency’s implementation efforts and plans to further guide and support investments in more resilient infrastructure.

While the IIJA represents a generational opportunity to transform America’s transportation, energy, water, and broadband infrastructure, getting it right will require breaking down barriers across all levels of government and enabling new and expanded approaches to public-private partnerships. While just one piece of the over $1 trillion infrastructure law, FEMA can help catalyze investments that reduce future disaster costs in the face of more frequent and severe events—from wildfires and droughts to hurricanes, tornados, and floods.

Additional participants to be announced

Click here to buy tickets!!!
Actually, FREE! You'll get URL when you register.