Josh Tobin, an Actor based in NYC  Discusses, "Is This Thing on?' Acting, Comedy & Sticking to a life in Showbiz" 11/1

Josh's credits include "The Gilded Age" on HBO, "Jigsaw" on Netflix, "Hello Tomorrow!" on AppleTV+, "The Last O.G." on TBS. Wharton Club members & guests are invited! 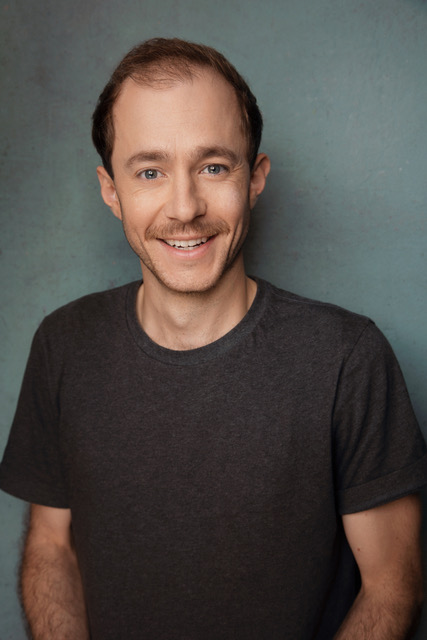 An actor based in New York City, Josh's credits include "The Gilded Age" on HBO, "Jigsaw" on Netflix, "Hello Tomorrow!" on AppleTV+, "The Last O.G." on TBS, the Pulitzer Prize-winning Off-Broadway hit Fairview at Theatre for a New Audience, 4000 Miles at Baltimore Center Stage, directed by Lila Neugebauer, Cabaret at PlayMakers Rep, with Taylor Mac, and the film Ricki and the Flash, starring Meryl Streep and directed by Jonathan Demme.

Josh is also the creator and star of the original web series Men in the Park, which was featured in Vulture’s Funny Videos of the Month for March, 2021.  At the Upright Citizens Brigade Theatre in New York, Josh improvised on Harold Night and wrote and performed original characters on Characters Welcome​.

Josh grew up in Houston, graduated from Davidson College, and received his MFA from the University of North Carolina at Chapel Hill.  He loves Hot Cheetos with an abiding passion.

Wharton Club Members: Can watch via Zoom or attend in-person & get a free lunch! It won't include Hot Cheetos, but will delightful nonetheless!

Alan Schlaifer
Wharton Club of DC
Carol Tobin
Wharton Club
Guest of Alan Schlaifer
... a total of 3 guests.
Note: to opt out from this list please sign in, go to My Account and change your preferences under My RSVPs.