In 2022, our community of supporters has grown by more than 50 percent for the second consecutive year. Wharton Club members & guests are invited! 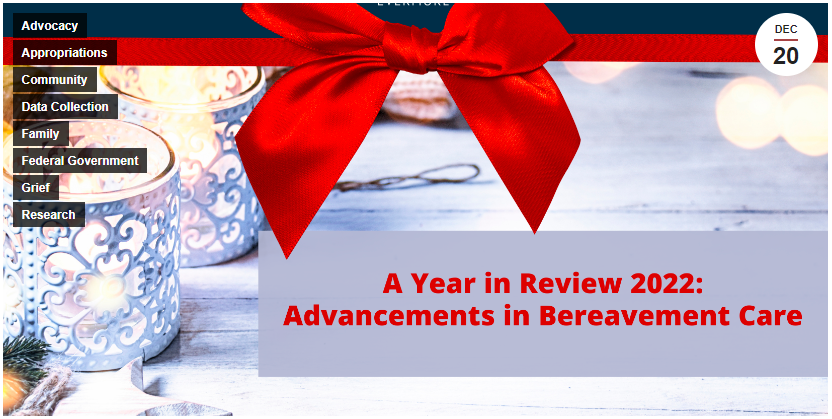 In 2022, our community of supporters has grown by more than 50 percent for the second consecutive year. Our movement consists of people from every corner of America – from truck drivers to professors to homeschoolers and executives. We unite in solidarity to create a more compassionate world for those who will follow us. What do we do with the pain of loss? We create change.

We’ve done that in 2022, and we are on the cusp of much more. This year has been the most consequential yet in the advancement of bereavement policy, and we could not have made it this far without you. As we reflect on 2022 and look towards 2023, there are some bright spots we want to share with you:

We are not sitting on the sidelines and hoping change will come. We are actively working to advance these critical developments with respect and credibility each day. As we close out 2022, we want to thank you for making our work possible. Unlike other health and social concerns, bereavement policy and law are not funding priorities for any philanthropist or foundation we can find. Instead, people like you solely fund our movement.

We will continue our work building a healthy, prosperous, and equitable future for all bereaved people in 2023. If you would like to support our work in the coming year, you can make a donation here.

We wish you and yours a warm, healthy, and restorative 2023!